My name is Natalie. I'm 36 years old and live in North Tyneside, UK.

I've always been creative and find having a creative project helps me to relax and unwind.

I am passionate about health and wellbeing, especially since I was diagnosed with Depression, Generalised Anxiety and a Panic Disorder. After years to trying to pretend nothing was wrong, I am finally accepting of my mental health disorder and have found a way to be empowered by it, helping others to not feel alone.

I am a Time To Change champion; a Mind Blue Light champion and run a peer support walking group called Mental Health Mates Newcastle. For more information please click on the below links: 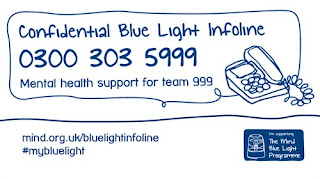 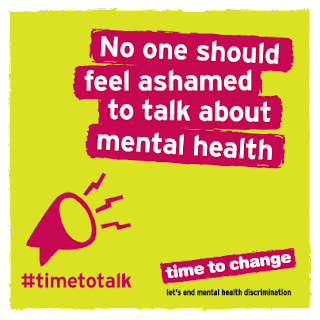 Today, Time To Change reveal results of a survey of 2000 British workers, which suggests mental health remains one of the last taboos in the workplace.

One in four of us will experience a mental health problem in any given year and yet Time To Change say these figures show that when it comes to employment the vast majority of people still feel unable to speak openly about their mental health with their line managers and even their close colleagues.


The survey also revealed that over half of the workers said they would support a colleague if they noticed they were struggling with their mental health. However, 37% of these people said they wouldn't know how to.


We are now in t…
7 comments
Read more

I know I've been quiet of late but I'm back. It's hard to know where to start.

I've had a challenging couple of months and I haven't been well enough to blog. The biggest problem is that I've not been able to talk openly due to the circumstances and that was stressing me out as I've actually needed the support more than ever.

I'm not prepared to go into details but what I will say is I've been the most anxious I have ever been. I wanted to write about my symptoms and just how bad anxiety can be. It's so far from being nervous before a test or interview. Anxiety is completely consuming and there is no escape or relief. If you think about a time when you've been nervous and then imagine that those nervous feelings don't go away, they are with you every minute of the day and keep increasing so that other things in your life also begin to make you feel unsettled, uneasy, worried, jittery, and anxious.

My anxiety has exploded like a firework…
25 comments
Read more

What to take away from World Mental Health Day

A big thank you to everyone who supported my Tea and Talk event at work today. It didn't go completely to plan, but I am truly grateful to people who shared their experiences and those who donated to the mental health foundation and baked cakes. We made £75 which will help the mental health foundation develop information and tools to help people look after their mental health every day. It could help influence policymakers and advocates for change, in order to transform lives. It can also help to conduct research that will answer questions about mental health and save lives.

I received an email from the Mental Health Foundation this afternoon with the following information:

Depression is now the leading cause of ill health and disability worldwide. Figures also show that 2 in 3 of us in the UK have experienced a mental health problem at some point our lives, and that just 13% of us are thriving with high levels of positive mental health.
We need to do more to promote good mental h…
9 comments
Read more