December 18, 2017
Today, Time To Change reveal results of a survey of 2000 British workers, which suggests mental health remains one of the last taboos in the workplace.

When asked to select from a list, the topics they would feel comfortable discussing with their colleagues:


30% felt comfortable discussing a relationship break up;
25% money problems
20% dating advice
19% religion
18% sex, while only
13% said mental health, with the topic ranking lowest out of a total of 10 subjects.

One in four of us will experience a mental health problem in any given year and yet Time To Change say these figures show that when it comes to employment the vast majority of people still feel unable to speak openly about their mental health with their line managers and even their close colleagues.


The survey also revealed that over half of the workers said they would support a colleague if they noticed they were struggling with their mental health. However, 37% of these people said they wouldn't know how to.


We are now in the throes of the Christmas party season, spending more time with our colleagues. Time To Change is encouraging everyone to take the opportunity to check in with their colleagues.


I was asked by Time To Change to share my views and experience of how I dealt with talking about my mental health at work.


Talking about mental health when you work for the police has been really difficult up until recently. When I had my breakdown in the early part of 2016 I was devastated and ashamed to tell anyone at work. Stigma and discrimination made me reluctant to say anything, it would be seen as a weakness that I was unable to cope with the pressures of the job.


As I became more poorly, I was unable to hide behind my smile and visibly looked unwell. I was struggling to understand what was going on in my head and trying to explain that was really difficult. All I could say was that I didn't want to live anymore. I had to disclose what was going on and take certified sick leave for depression and anxiety for several months.


I felt that people would view me as weak and incapable of doing my job. I thought that no one would trust my judgement, work would be scrutinised and that I would be side-lined and my career would be affected ultimately resulting in losing my job.

Colleagues didn't know what to say or how to help and that made me feel even more alone. I could be visibly upset and distressed and felt people looked the other way but that's part of the symptoms of depression, you feel completely isolated and think nobody cares, when in fact people aren't sure what they can do to help.

It's so much easier to say "I'm ok" than to explain the sheer hell you are trying to keep hidden.


Some closer colleagues sent cards and flowers to let me know I was in their thoughts. That's all it takes, simple little reminders that you care and want to help, that's what gave me the will to carry on and get better. It gave me hope when I was in my darkest hours.

At the same time as I was poorly, the Force signed up to Mind's Blue Light programme and introduced training to over 70 police officers and police staff as Blue Light Champions, since returning to work I have also been trained as a Blue Light Champion. Now that I am well I am really open about my experience and I do a lot of work to make people aware of mental health and others feel they can approach me and ask for advice.

I vowed that I would use my voice and my experience so no one ever has to feel as isolated and alone as I did. I have shown that you can get well and hold down a full-time job. There may be occasions where I need to step back from projects but I'm not afraid to talk and I no longer bottle things up.

I think there is more acceptance of talking about mental health within the organisation due to all the fantastic awareness and training, and people like me using their lived experience to show that it's okay to not be okay. There are still hurdles to get over but overall there is a positive shift in people feeling more comfortable in sharing their stories.

There have been occasions where I have used annual leave instead of going on the sick due to financial implications for long term absence and fear of losing my job. I was forced to return to work in November of last year, shortly after a relapse due to medication no longer being effective. Whilst I was still unwell, I had to return as I would have gone onto half pay which I couldn't afford to do. Living alone, there was no one else to pay my bills and as I rent I would lose my home if I went onto half pay as I do not have the same safety net that many home owners have. 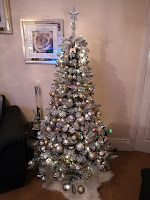 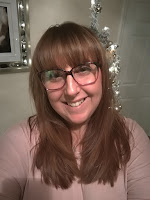 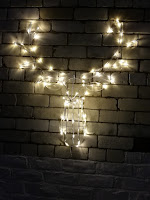 Christmas is a difficult time, with continual talk of office parties and plans with friends and trips away for the festive period. I can't drink due to medication and I get incredibly anxious in large groups. I don't feel comfortable in pubs/bars and I'm not part of any of the office cliques, so I don't go to the Christmas party as it just makes me feel rubbish that I don't have the same friendships as others do.


I always feel that at Christmas time, you bump into people you haven't seen for years. The questions are always the same, like a shopping list...

No one ever asks us if we are happy.


Having those predictable conversations about life make me feel like a failure. I'm 36, single, no children, no money to save for a deposit and buy a house, very few friends... yeah, life sucks when you go through the list!


I love Christmas time but it can be incredibly lonely. I still put xmas decorations up because it makes me happy. I don't have anyone to share it with but it's important to me that I do find the xmas spirit as I feel I really would see a deterioration in my mental health if I focused on being completely alone, and I think that's why I go and spend time with family so I don't feel isolated and alone.

OCD is not an adjective...

October 18, 2017
Jokes about mental illness are everywhere, but why do people think it is alright to belittle and use it as an endless source of amusement? This week I have seen OCD made a joke of whilst going into a kitchen and seeing a poster using it to make others keep the kitchen clean and tidy (see vlog below). I see that jokes about OCD are common, widespread and thought of as acceptable... but it is not a joke, it's a severe mental illness and it's an example of stigma. I did a quick Google search on OCD tests and memes... this is what I found: Would we do the same with any other illness or disability? Not funny is it? Now, I'm not asking everyone to become void of humour but ask that people are more sensitive. If you are politely asking people to be respectful, clean and tidy, you finish the sentence there.... there is no need to bring a mental illness into it. I thought it might be useful to give a brief overview of what OCD is in a little vlog. For mor
4 comments
Read more

Self Care Sunday... and not a yoga session in sight!

October 15, 2017
Now, before you start wondering I'm not saying yoga isn't a great form of relaxation, it is but it just doesn't work for me. The thing about self-care is that it needs to be unique to you, if you are not interested or forced into things it's not going to have the same impact on lifting your spirits and making you feel better as things that you enjoy would. So what is self-care? The Self Care Forum ( www.selfcareforum.org ) defines it as the actions that individuals take for themselves, on behalf of and with others in order to develop, protect, maintain and improve their health, wellbeing or wellness. When you are well, self-care isn't much of an issue as you have the desire and energy to do things that are enjoyable. For instance, this week has been really busy for me and I have been doing lots of things for other people. To ensure I balance this out I need to take care of myself so I don't become drained. Over the past few days I have tried to get more
16 comments
Read more